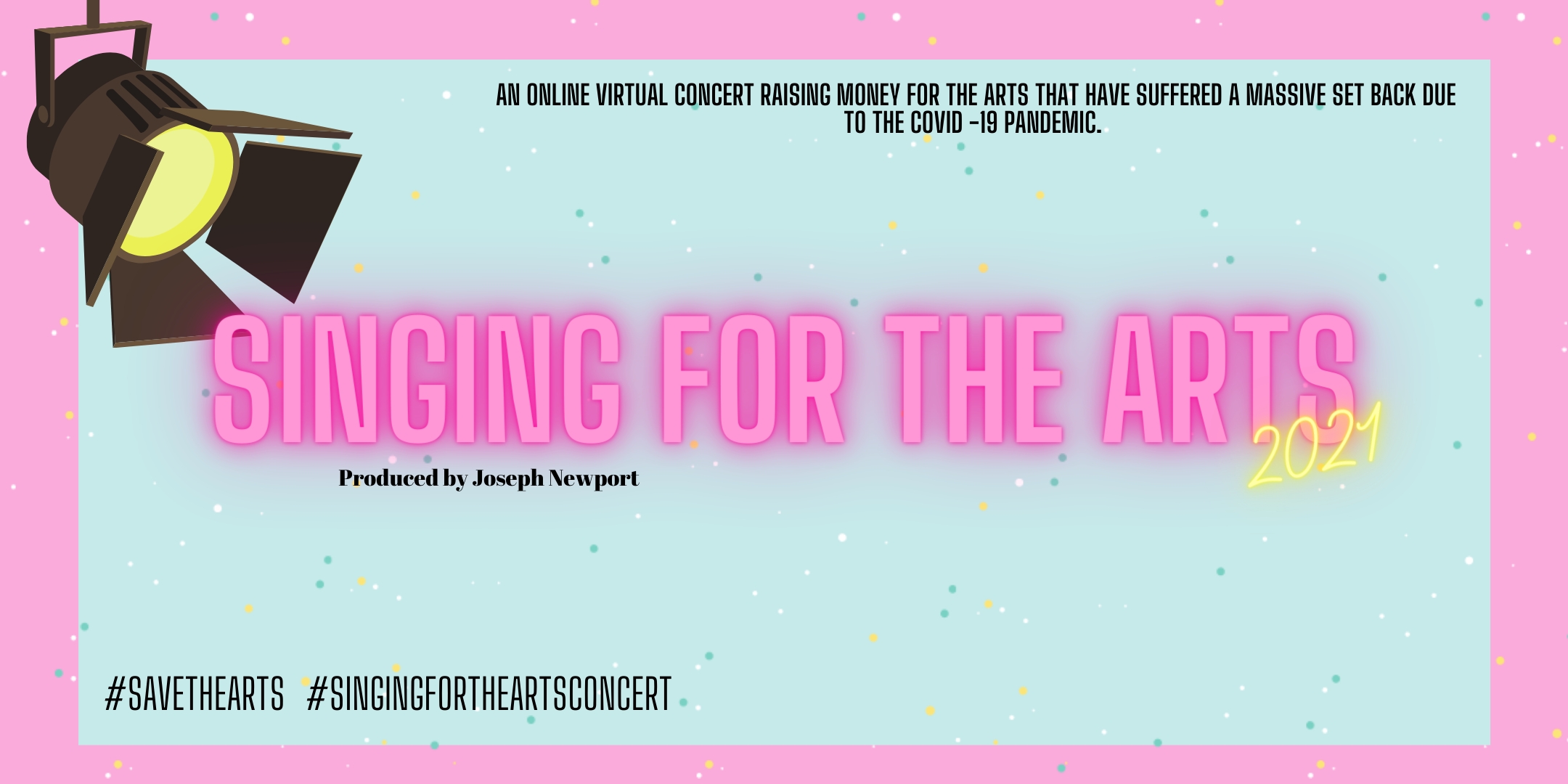 Singing For The Arts – a digital charity concert, featuring a line-up of West End performers, graduates and community theatre performers, has been announced.

Producer Joseph Newport says: “I had this great idea of producing a concert raising money for charity but I had no idea how much it would take off. I am thrilled. As well as raising money for the Funds For Freelancers charity, I hope this concert showcases that no matter what level of a performer you are, graduate, West End performer or community theatre performer, you are valued and you contribute to the arts. I hope this concert gives viewers a chance to escape the dreadful times we are going through for a couple of hours and help raise money for the arts”.

The concert will run for approximately 2 hours, with performers singing a mix of musical theatre and pop songs.

Tickets are £5, with the concert streaming on Friday 15th January – 8pm.