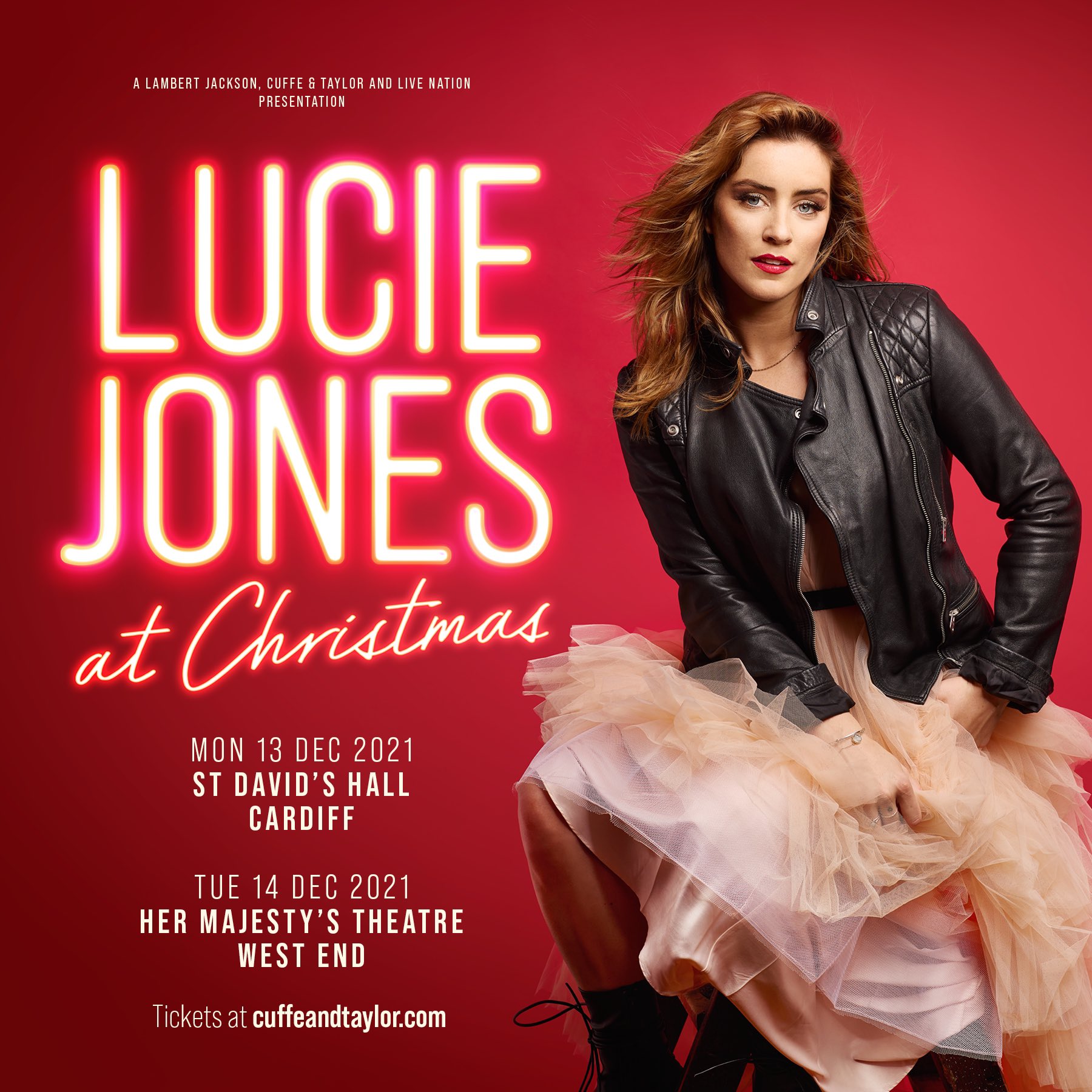 West End star Lucie Jones will perform two solo concerts this Christmas, it has been announced.

Jones is preparing to celebrate the festive season with her very special, exclusive headline show Lucie Jones at Christmas. The special concerts will showcase Lucie’s most-loved showtunes and hits from her career, alongside her favourite Christmas songs, accompanied by her live band.

The singing sensation will first play a special homecoming show at St David’s Hall in Cardiff on Monday 13th December before heading to the home of the Phantom – Her Majestys Theatre in London for a special concert on Tuesday 14th December.

Lucie said: “I have been very fortunate to play some amazing roles across the UK and in the West End, and to now be planning a very special Christmas show and to be stepping out on stage as me – Lucie, is very exciting. I love the festive season, so sharing my favourite songs with fans at this most wonderful time will be very special indeed.”

Lucie is currently playing Jenna Hunterson in the debut UK tour of Waitress – having first played the role at London’s Adelphi Theatre. This follows a summer starring as Fantine in Les Misérables: The Staged Concert in the West End. Previous roles include Maureen in RENT, Elle Woods in Legally Blonde and Molly in Ghost.

The concerts are produced by Cuffe and Taylor in association with Lambert Jackson.

Tickets go on sale on Friday 17th September – 10am from www.cuffeandtaylor.com.