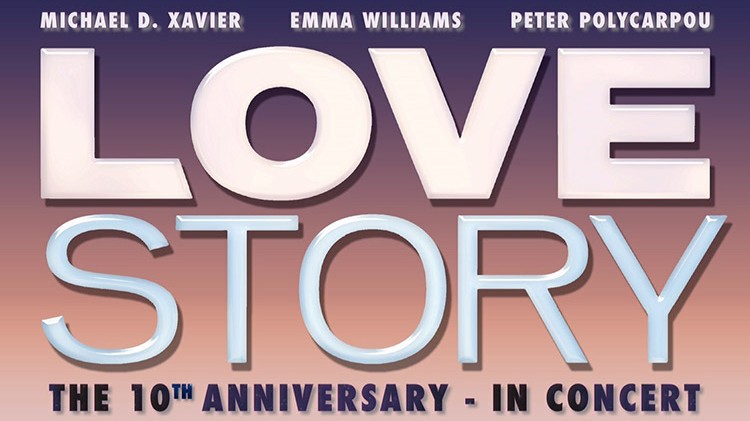 The previously announced Love Story – 10th anniversary concert has been rescheduled to play Cadogan Hall this November, it has been announced.

Originally set for September 2020, the concert will now take place on 28th November 2021.

This concert marks the 10th anniversary of Love Story’s premiere at Chichester Festival Theatre in 2010, before it played the West End’s Duchess Theatre.

Erich Segal’s iconic novel became a much-loved film and, in 2010, a hit West End musical. The concert will feature original cast members Michael Xavier, Emma Williams and Peter Polycarpou, along with the creative team behind the acclaimed Cadogan Hall concert of Howard Goodall’s The Hired Man.

Love Story is simple and poetic. Wealthy Harvard student Oliver falls for artistic Radcliffe student Jenny and they marry against his family’s wishes – a choice that leads to disinheritance. Goodall’s soaring melodies and the late Stephen Clark’s words are sure to tug on the heartstrings in a night not to be missed.

Love Story has book and lyrics by Stephen Clark, music and additional lyrics by Howard Goodall and based on the novel by Erich Segal.

Love Story – The 10th Anniversary – In Concert will be held at Cadogan Hall on Sunday 28th November 2021.