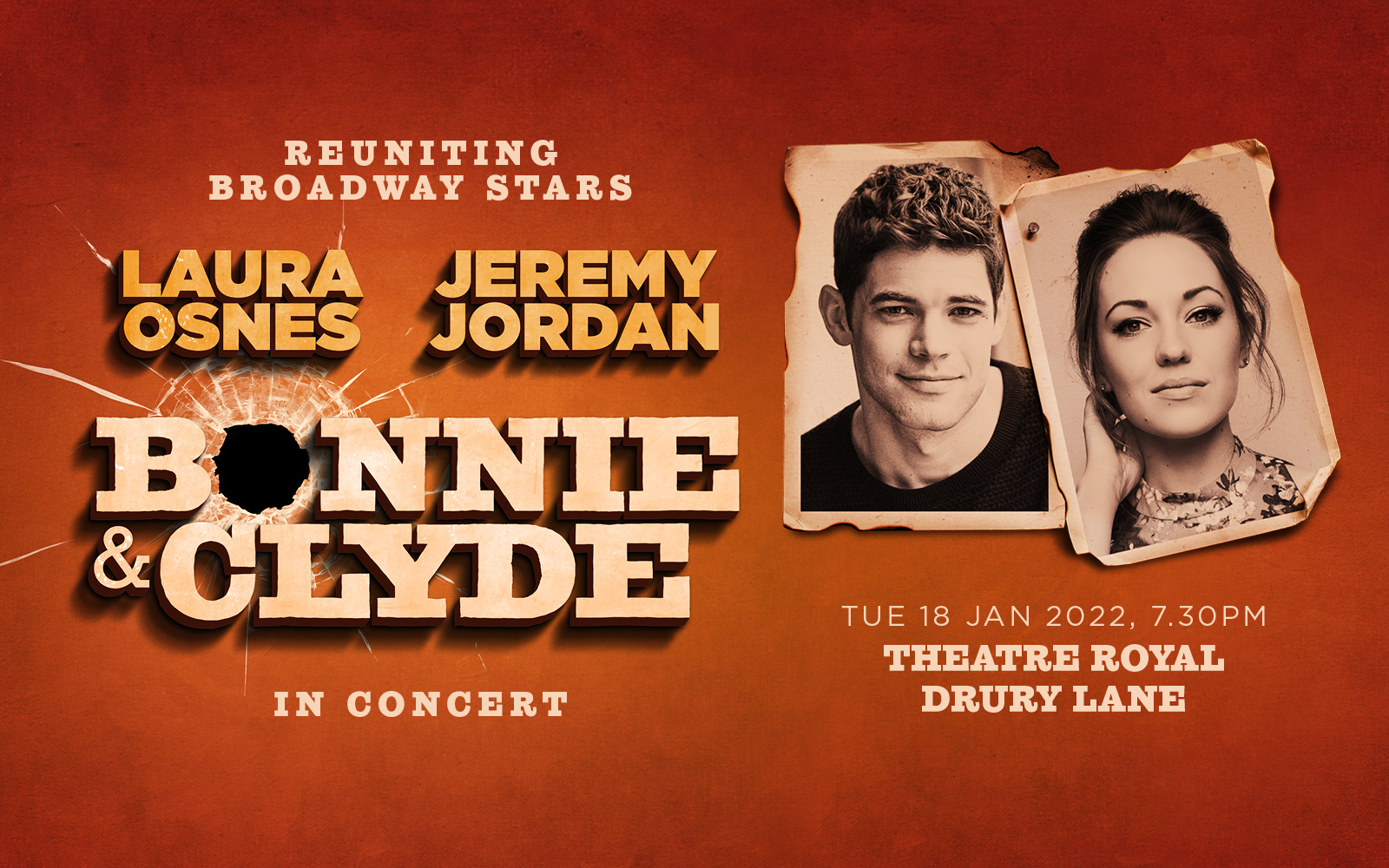 Broadway stars Laura Osnes and Jeremy Jordan will reunite for a one-off performance of the cult hit musical Bonnie & Clyde In Concert, it has been announced.

A decade on from their Broadway run as the titular pair, Laura Osnes and Jeremy Jordan reprise their roles for the first time for a one-off concert performance of Bonnie & Clyde in the West End’s Theatre Royal Drury Lane.

This marks the first time Laura and Jeremy have performed together in the capital, and Laura’s London debut.

Bonnie & Clyde In Concert has a book by Ivan Menchell, music by Frank Wildhorn, lyrics by Don Black and is directed by Nick Winston with musical direction by Katy Richardson.