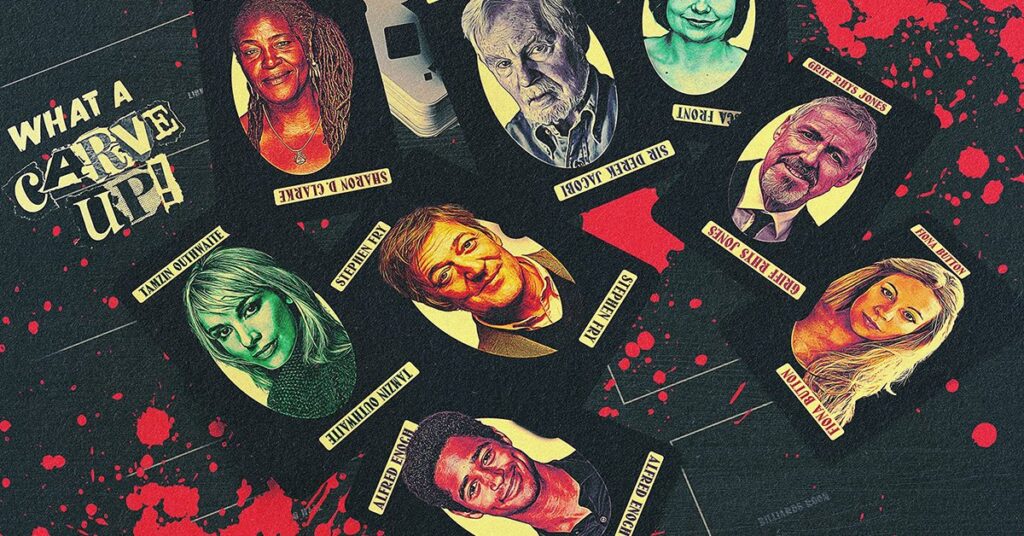 ⭐ WHAT A CARVE UP! EXTENSION ANNOUNCED ⭐

The online production of Henry Filloux-Bennett’s reimagining of Jonathan Coe’s critically acclaimed satirical novel, What a Carve Up!, has been extended until 2nd December, it has been announced.

The digital production, directed by Tamara Harvey (Home, I’m Darling), chronicles the events leading up to the ‘Winshaw Murders’. Filled with murder, mayhem and madness, the murder mystery turns a satirical eye on what it is like to be a member of one of the most corrupt, powerful and toxic families in the country.

The murder mystery is written by Henry Filloux-Bennett (Nigel Slater’s Toast), based on the award-winning novel by Jonathan Coe, directed by Tamara Harvey (Home, I’m Darling) with sound design and music by Harry Smith (Henry V, Private Peaceful), voiceover editing by Annie May Fletcher and set design by Holly Piggott.

What A Carve Up! is a co-production by the Barn Theatre, Lawrence Batley Theatre and New Wolsey Theatre with Dusthouse as associate producers.

The play, which is also available internationally, is now running until 2nd December 2020.