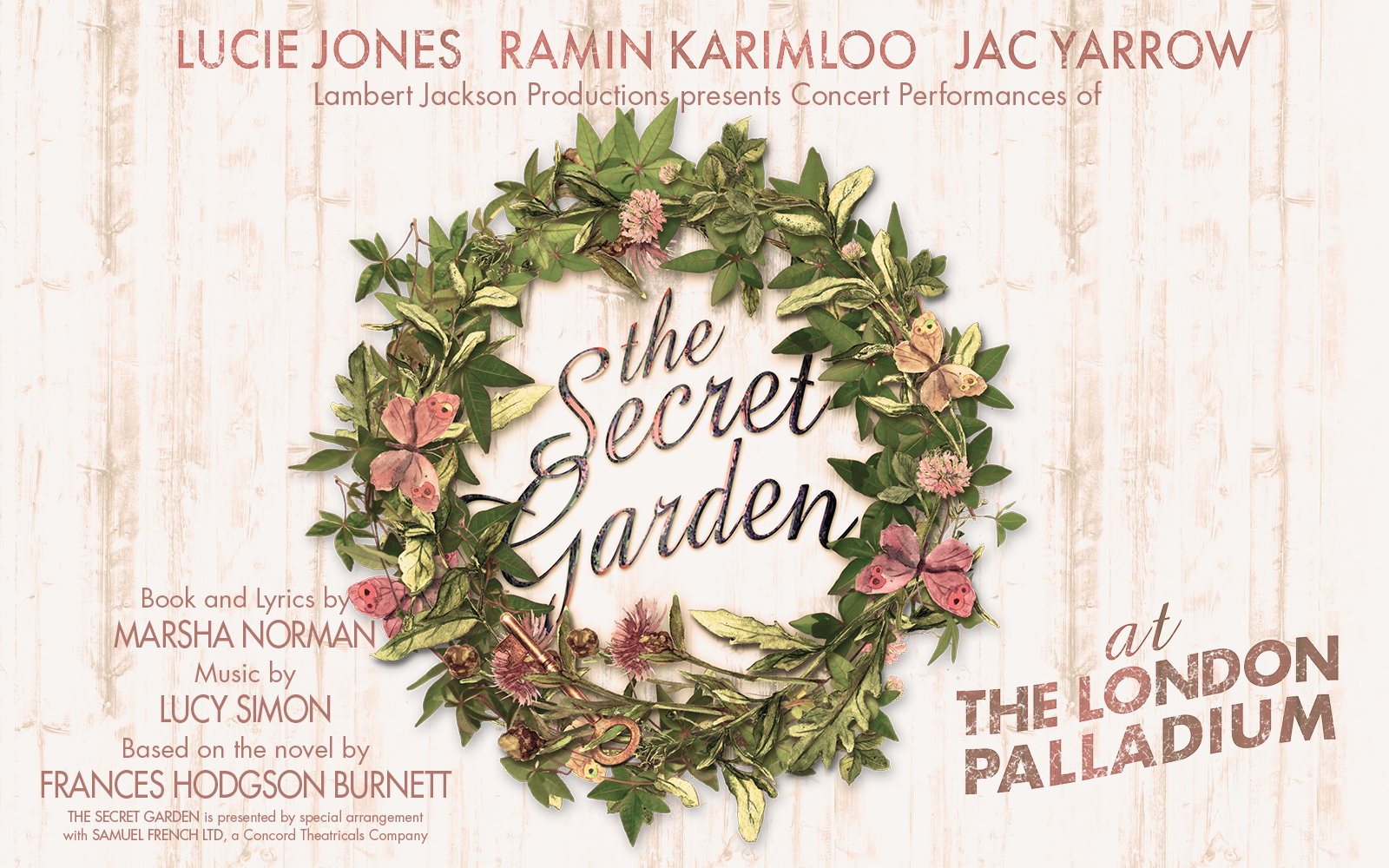 A new concert performance of the musical The Secret Garden will be coming to the London Palladium, it has been announced.

This concert performance will be produced by Lambert Jackson Productions, following on from their successful concert production of Doctor Zhivago.

The cast will include Ramin Karimloo, Lucie Jones & Jac Yarrow.

The Secret Garden is a musical based on the classic 1911 novel of the same name by Frances Hodgson Burnett. The musical’s script and lyrics are by Marsha Norman, with music by Lucy Simon.

The concert performances will be on Saturday 4th April.

Glad it turned out to be true, following my rumour post. Would of liked a full production but this will also be amazing!