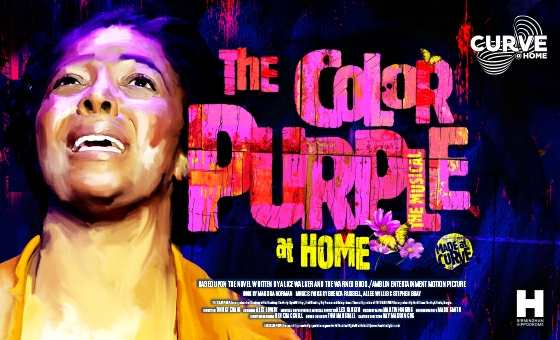 ⭐ THE COLOR PURPLE IN CONCERT TO STREAM ONLINE ⭐

Curve Leicester’s planned concert production of The Color Purple will now be streamed online, it has been announced.

The Color Purple – at Home will be a fully reimagined concert version of the 2019 production, co-produced by Curve and Birmingham Hippodrome.

This announcement comes after the recent success with their streamed production of Sunset Boulevard.

The Color Purple – at Home will be led by T’Shan Williams as Celie, with Danielle Fiamanya as Nettie, Karen Mavundukure as Sofia, Ako Mitchell as Mister and Simon Anthony Rhoden as Harpo.

Also returning to Curve is Carly Mercedes Dyer, who played Anita in the acclaimed Made at Curve production of West Side Story. Carly will join the cast as Shug Avery.

The Color Purple is based upon the novel written by Alice Walker and the Warner Bros./Amblin Entertainment motion picture. Book by Marsha Norman, music & lyrics by Brenda Russell, Allee Willis and Stephen Bray.