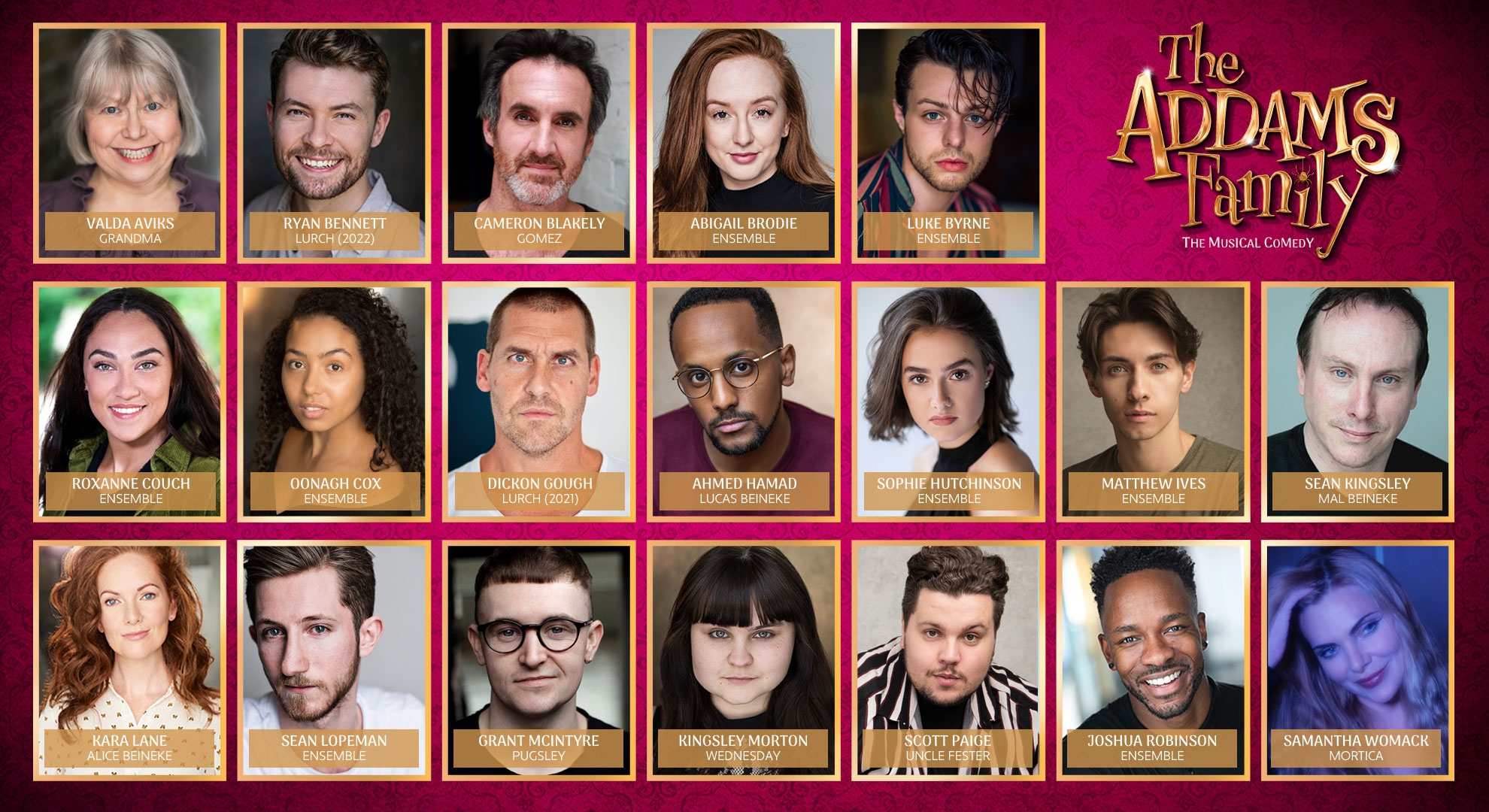 The full cast of the UK and Ireland tour of The Addams Family has been announced.

Wednesday Addams, the ultimate princess of darkness, has grown up and has a shocking secret that only Gomez knows; she’s fallen in love with a sweet, smart young man from a respectable family! Now, Gomez Addams must do something he’s never done before — keep a secret from his beloved wife, Morticia. Everything will change for the whole family on the fateful night they host a dinner for Wednesday’s “normal” boyfriend and his parents. All the usual clan are present – Uncle Fester, Lurch, Pugsley et al.

The Addams Family, A Musical Comedy, will be directed by Matthew White, with choreography by Alistair David, production design by Diego Pitarch, orchestrations by Richard Beadle, lighting design by Ben Cracknell, sound design by Richard Brooker and casting by Jane Deitch. Book is by Marshall Brickman and Rick Elice, and music and lyrics by Andrew Lippa, based on the characters created by Charles Addams.

The Addams Family 2021 UK Tour is produced by Katy Lipson for Aria Entertainment and Music & Lyrics Limited, and is presented through special arrangement with Theatrical Rights Worldwide.