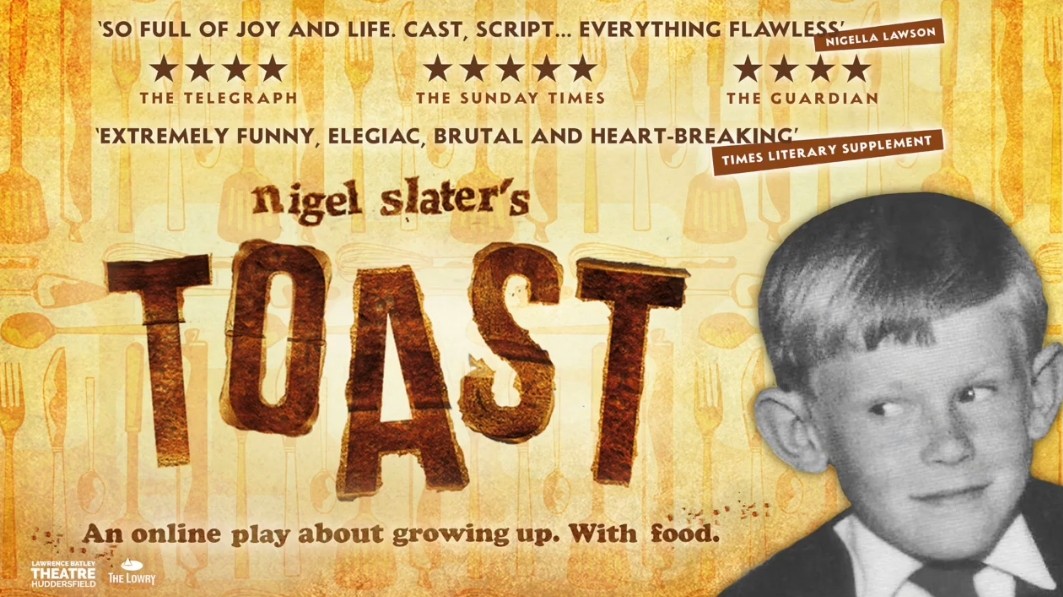 Nigel Slater’s ‘Toast’ has been adapted into a new online play, it has been announced.

Following its hugely successful 2019 West End run and national tour, Nigel Slater’s ‘Toast’ returns to the Lawrence Batley Theatre as an online play for you to enjoy from the comfort of your own home.

Featuring the original cast and creatives from the West End production.

‘Toast’ vividly recreates Nigel Slater’s childhood through the tastes and smells he shares with his mother, culminating in the young Nigel’s escape to London.

From making the perfect sherry trifle, through the playground politics of sweets, the rigid rules of restaurant dining, and a domestic war over cakes, this is a moving and evocative tale of love, loss and…toast.

More info & how to book – https://www.thelbt.org/shows/nigel-slaters-toast-2/