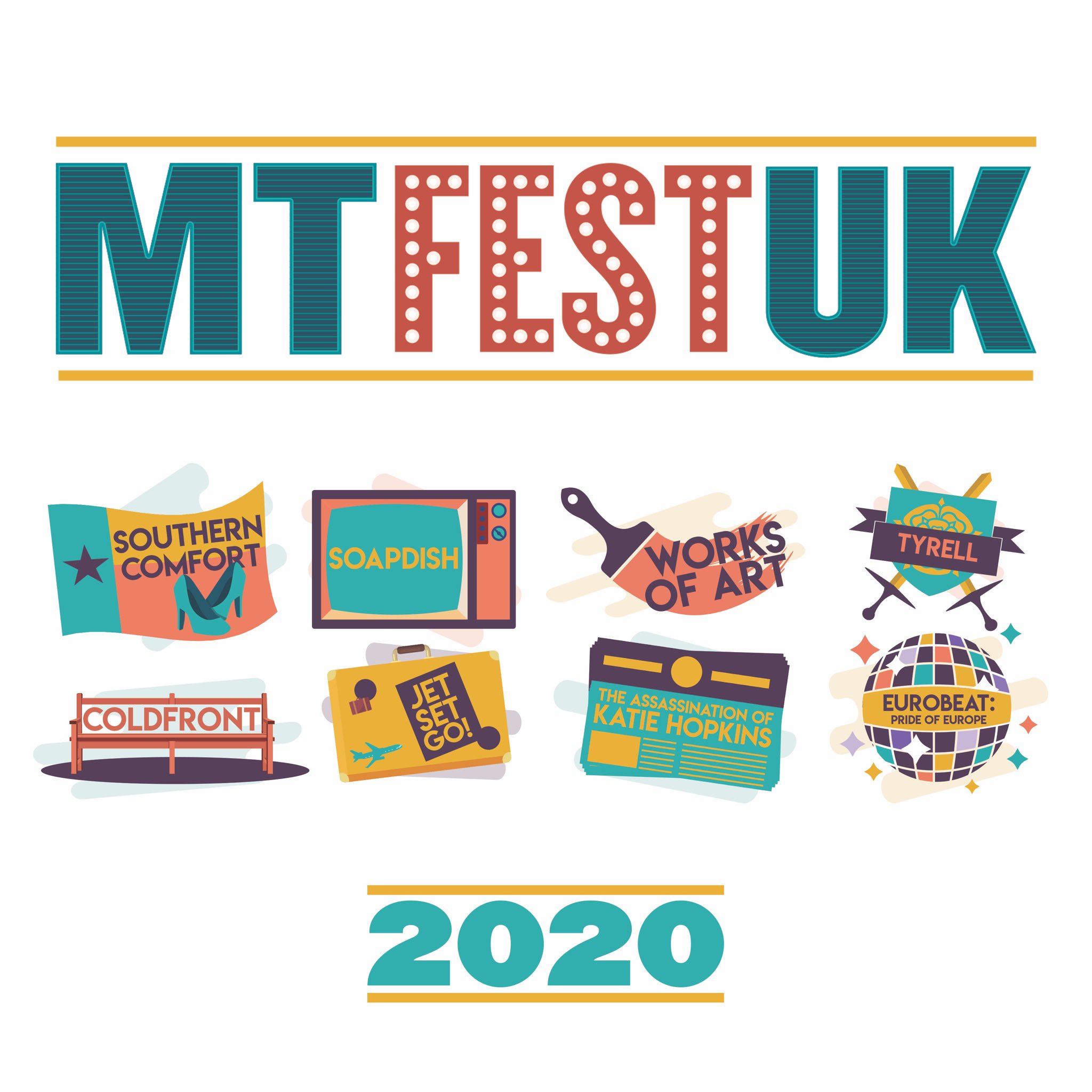 The line-up of shows have been announced for Paul Taylor-Mills MTFestUK 2020, which this year will be held at the Turbine Theatre.

At the centre of this festival is the Taster Menu series of new musicals, each presented as a semi-staged sharing.

The shows announced for MTFestUK 2020 are:

Based on the Sundance Award-winning documentary, this heart-warming musical about a group of transgender friends living in rural Georgia is, at its core, a love story between their patriarch, Robert Eads, and newcomer Lola Cola. Through a unique folk and bluegrass-inspired score, the musical chronicles a year in the lives of this unique American family as they courageously defy the odds by simply remaining on the land to which they were born, reminding us that home is where we find comfort in our skin.

A musical comedy which trails a transatlantic cabin crew and their two pilots on a flight to New York (and back!). Join Nicola and her in-flight cabin crew as they sing up the aisles and tap-dance down Broadway on a trip to New York you’ll never forget! Jet Set Go! premiered at the 2008 Edinburgh Festival Fringe and is now back in this revised version.

Based on the infamous 1991 film starring Sally Field, Kevin Kline, Robert Downey Jr, Whoopi Goldberg and a calling card of cameo appearances. When Celeste Talbert, long-time star of popular day-time soap opera The Sun Also Sets, is targeted by her ambitious younger co-star, a chain of events are set in motion which leads to the dramatic revelation of Celeste’s secret love child.

A shocking crime divides the nation. Fingers are pointed, sides are drawn, facts are hard to come by. Why did this happen? How do we move on? What must we remember? It’s easy to have an opinion online, safe behind the anonymity of a keyboard; just like, share and subscribe. But as the digital mob polish their pitchforks, the world starts to question just how free should free speech be?

Rosemary and James. Every month the same park bench. The same sandwiches made by her mother, washed down with the same thermos of tea. The same manual tasks to keep the park in order. But as the seasons change an unlikely romance slowly blossoms between an autistic weather analyst and a tattooed park attendant.A heart-warming new British musical from award-winning composer Jason Carr and librettist Poppy Burton-Morgan. Starring Anna Francolini (Strictly Ballroom, West End; Wonder.Land, National Theatre) and Robbie Curran.

The latest iteration of the loving parody of the Eurovision Song Contest. Join our glamorous hostess… or is that a host?!… as she presents another selection of songs. Who takes the crown? You decide! Will it be the hunky Norwegian Vikings? The Ukrainian cave girl? Or the naughty nuns from Vatican City? Eurobeat: Pride of Europe is a sequin-soaked satire (with just a pinch of socio-political commentary) of the song contest that unites and Europe… Just don’t tell Russia it’s basically another Pride!

Welcome to Highgarden, oasis of female leadership and sexual tolerance within a not-too-distant medieval patriarchy. A musical parody-prequel to HBO’s Game of Thrones, this one-act chamber piece tells the untold backstory of House Tyrell before the series begins. Of all the Great Houses of Westeros, House Tyrell is the only one led by a woman, Olenna Tyrell, who is busy grooming her grandchildren Loras and Margaery for greatness. Commenting on Margaery’s objectification, Loras’s double life as the closeted “Knight of Flowers” and Olenna’s role as resident battle-ax grandma, Tyrell imagines what these secondary characters were thinking all along.

Works of Art is an intimate new folk musical about grief, new beginnings and brotherly love. Reid is an aspiring artist and a young transgender man beginning to find his way in the world; Jackson is his smart and focused older brother, set on a career in medicine and beginning to re-navigate his relationship with his younger brother after years away. Their mother Cassie is their biggest champion, and the heart of their home. Everything seems possible and wonderful, until Cassie’s sudden death causes the brothers to lose their most important lifeline, and contemplate the loss of their childhood home, and all their memories and experiences tied up in it.

These all sound amazing! ! !