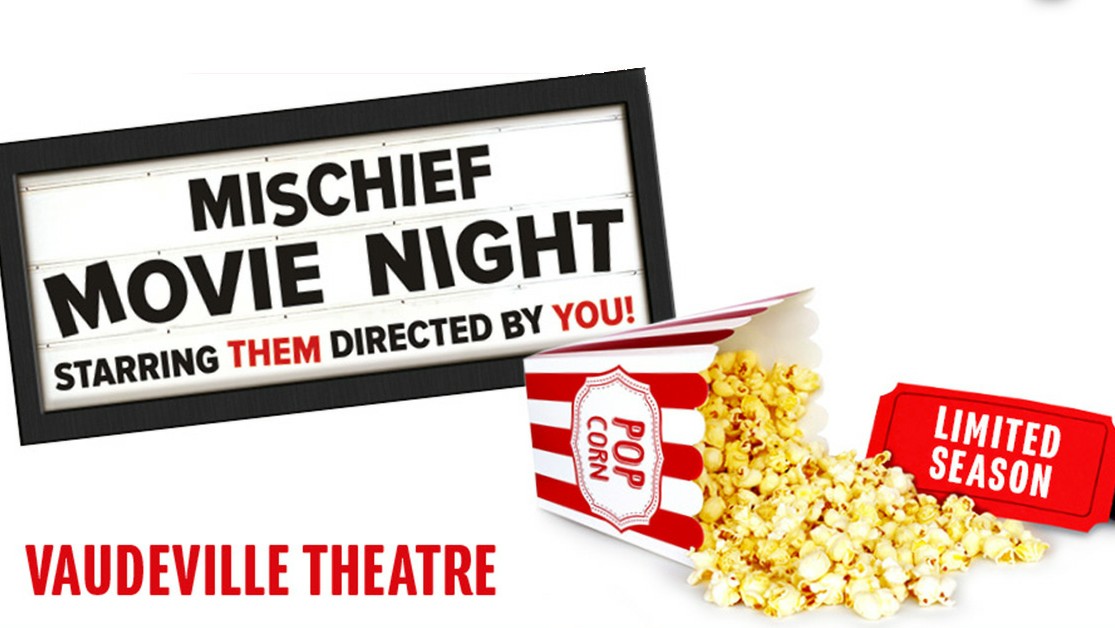 Mischief Comedy has announced that Mischief Movie Night will be playing the Vaudeville Theatre, instead of Magic Goes Wrong, from December.

Magic Goes Wrong aims to be back in the West End from October 2021 – where it hopes to play without social distancing. It will also embark on a UK tour as soon as practically possible once social distancing has been lifted.

Mischief return to their comedy roots this festive season with Mischief Movie Night, the improvised movie live on stage!

You suggest a genre, location and title and the  Mischief improvisers will bring the show to life, complete with rewinds, fast forwards, directors cuts and a live score.

Starring them, directed by you,  Mischief Movie Night is a guaranteed to have you roaring with laughter.

The Vaudeville Theatre operates strictly under the government COVID-19 guidelines. All bookings in a party must only be from the same household or the legally defined support bubble.