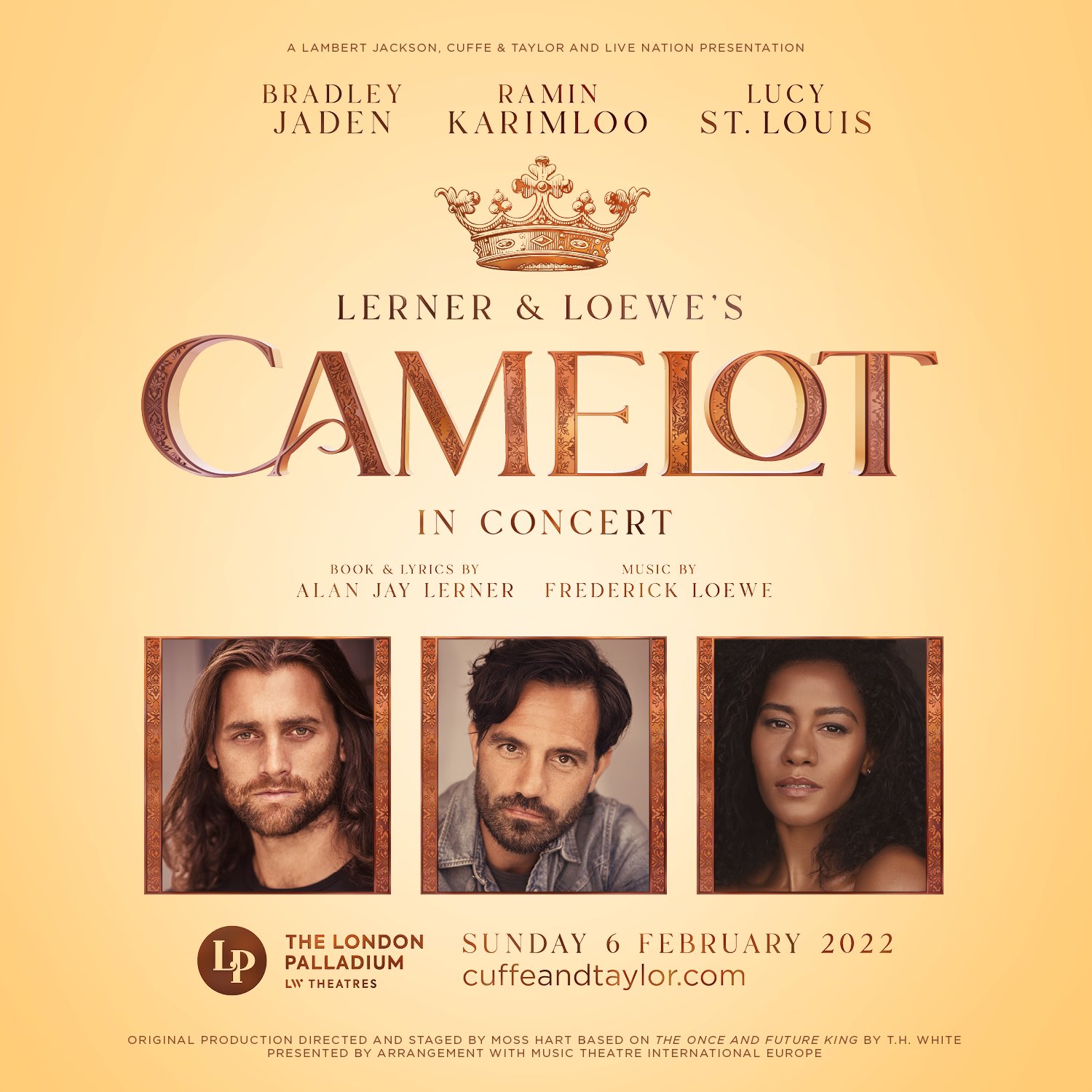 An exclusive one night only production of Lerner and Loewe’s Camelot in Concert at the London Palladium has been announced.

The legendary love triangle of King Arthur, Guenevere and Sir Lancelot will come to life in the award-winning concert production. Lerner and Loewe’s majestic musical Camelot brings the legend of King Arthur and his Knights of the Round Table to life with an extraordinary score that dramatizes this classic tale.

Camelot first opened on Broadway in 1960 starring Julie Andrews and the late Richard Burton. The production won four Tony Awards and resulted in several revivals and the 1967 movie of the same name. In August 1964, the show first opened at the Theatre Royal Drury Lane where it ran for more than 500 performances.

From the writers of My Fair Lady, enjoy some of the most well-loved musical theatre songs including ‘If Ever I Would Leave You’, ‘I Loved You Once in Silence,’ and of course, ‘Camelot’.

Camelot in Concert at the London Palladium is presented by live music and event promoters Cuffe and Taylor in association with theatre producers Lambert Jackson Productions.

Tickets go on sale 30th July – 10am and are available from www.cuffeandtaylor.com

Lerner and Loewe’s Camelot in Concert at the London Palladium will play on Sunday 6th February 2022.