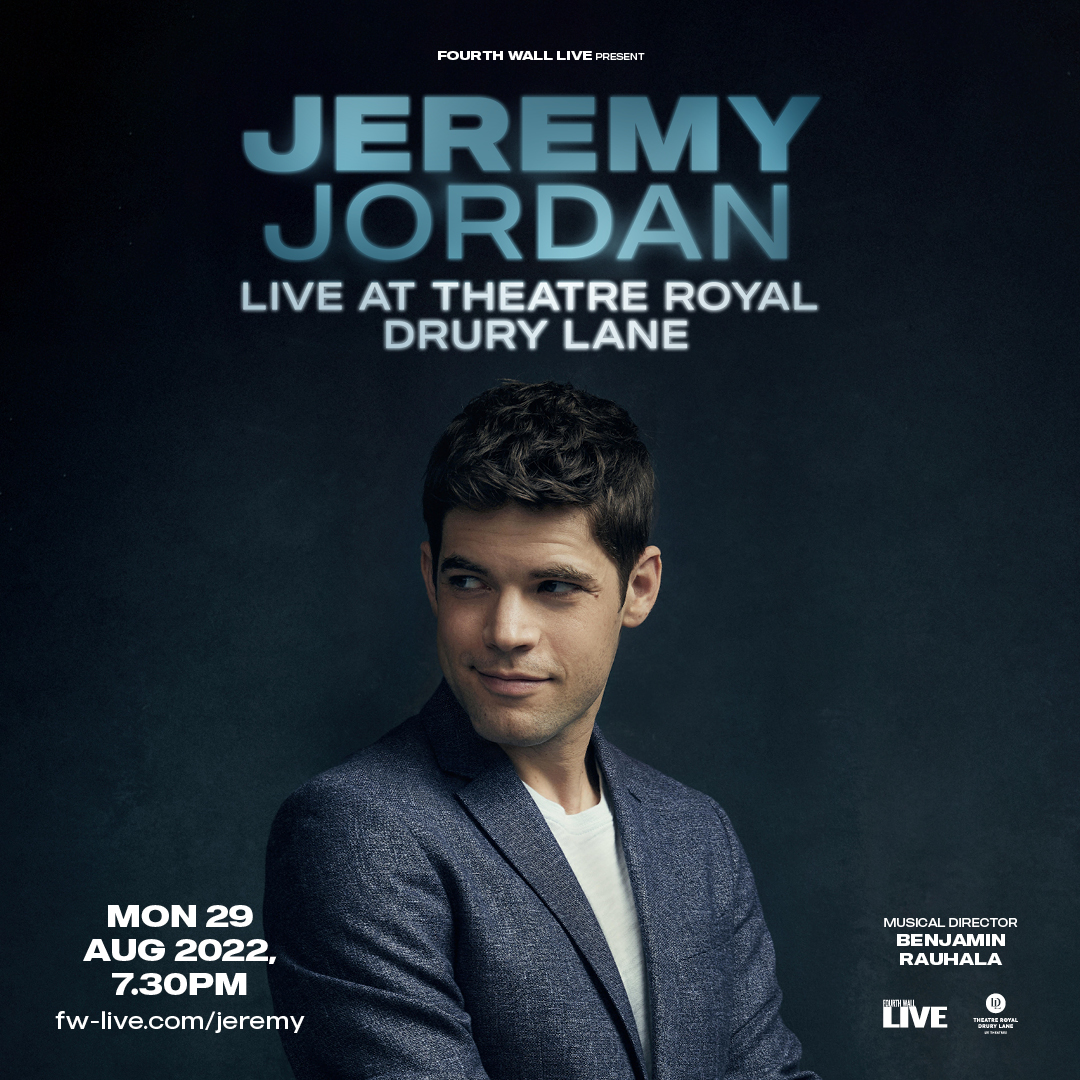 This marks Jeremy Jordan’s fourth solo engagement in London after three previous sold-out runs as well as the sold-out Bonnie and Clyde in Concert at Theatre Royal Drury Lane in January of this year.

The show is an opportunity for Jeremy to celebrate much of the music he is most loved for performing as well as personal favourites both old and new.

On television he has appeared as a series regular on Supergirl, Smash, and Disney’s Tangled. His film credits include The Last 5 Years, Joyful Noise, American Son and Newsies.

Jordan will soon star as the tenacious record industry giant, Neil Bogart, in the upcoming feature film, Spinning Gold. Jeremy is also a singer-songwriter whose concerts and cabaret shows have won awards and acclaim worldwide.

The concert will feature musical direction by Benjamin Rauhala and is produced by Fourth Wall Live.

Tickets go on general sale from Tuesday 17th May – 10am.