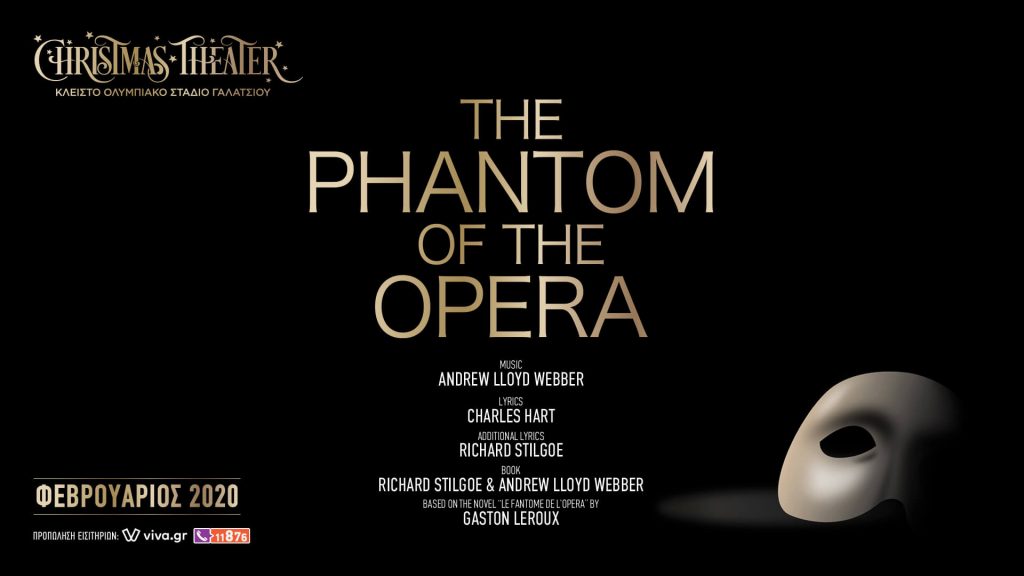 ⭐ FIRST LOOK – THE PHANTOM OF THE OPERA – CHRISTMAS THEATER – GREECE ⭐

A new production of The Phantom of the Opera is coming to Greece and it looks absolutely STUNNING! ! !

Andrew Lloyd Webber’s iconic musical, one of the world’s greatest hits with more than 12,000 performances at Her Majesty’s Theater in London, is presented by People Entertainment Group.

With an all-star cast from London’s West End, in the biggest theatrical production that has ever been presented in Greece!

Andrew Lloyd Webber’s romantic and monumental musical with famous classical songs that have left their mark in history, the suspense and mystery, and the tender love story between Christine and the mysterious Phantom of the “Paris Opéra House” comes to life at the new state-of-the-art Christmas Theater, Greece, in February and March 2020.

This looks absolutely gorgeous ? Wish I could book a flight to Greece right now! ! !