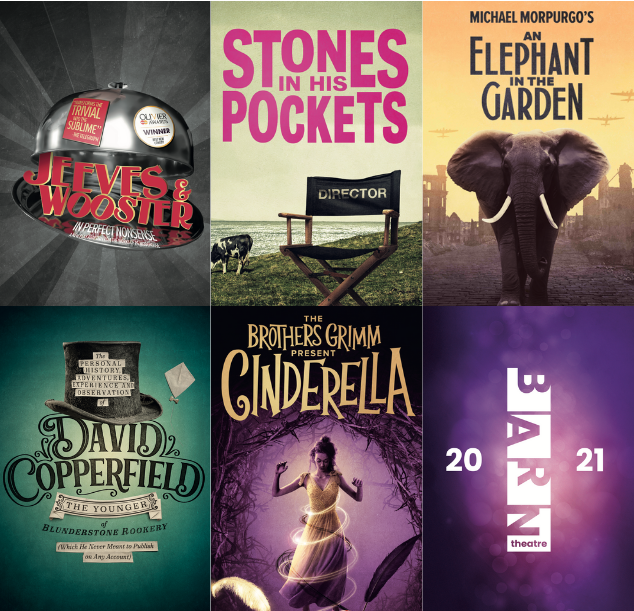 The Barn Theatre in Cirencester have revealed their full 2021 Reopening Season today.

The season will also see An Elephant in the Garden return to the Barn (31st August – 11th September) following its award-nominated digital run earlier this year as well as the previously announced run of the Olivier Award-winning comedy Jeeves and Wooster in Perfect Nonsense (15th June – 10th July), which opens this week in Cirencester following its run at The Theatre Chipping Norton.

The theatre has also announced today that following the success of their inaugural outdoor theatre festival in 2020, BarnFest will return to the Cotswolds this Summer.

This expands the Barn’s outdoor offerings for the year which also includes the announced The Barn at Notgrove event, from 21st – 22nd August, which will see the theatre team up with theatre company Scoot Theatre to take over the grounds of the Manor House at the Notgrove Estate for a weekend of outdoor Shakespeare performances.

It will feature performances of Scoot Theatre’s family-friendly, sixty-minute productions of Shakespeare’s greatest comedies A Midsummer Night’s Dream and The Comedy of Errors.

Tickets for the 2021 reopening season are available for priority booking from 14th June at 11am, with general sale from 18th June at 12pm. Tickets for Jeeves & Wooster in Perfect Nonsense and The Barn at Notgrove in association with Scoot Theatre are now on general sale at barntheatre.org.uk

Cast and creatives for the 2021 productions and further information on BarnFest will be announced in due course.