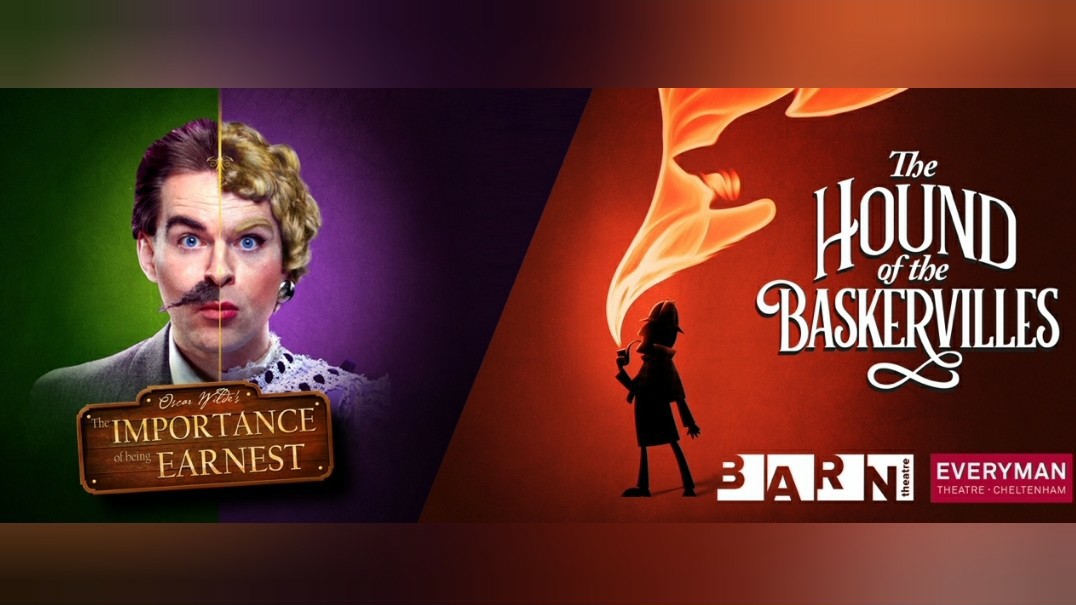 The Everyman Theatre in Cheltenham and Barn Theatre, Cirencester are pleased to announce two new comedies which will be co-produced by the prominent Gloucestershire based companies.

The Importance of Being Earnest and The Hound of the Baskervilles will open at the venues prior to planned national tours of socially distanced theatres.

The upcoming collaborations were spearheaded by producer and Everyman Theatre, Chief Executive Mark Goucher and the Barn Theatre’s CEO & Artistic Director Iwan Lewis and have been made possible, in part, by the recent announcement that the two theatres will be receiving funding from the Government’s £1.57 billion Culture Recovery Fund (CRF).

Oscar Wilde’s comedy The Importance of Being Earnest will run at the Everyman Theatre from the 6th – 16th January before embarking on a national tour.

Filled with rapid quick-changes, tap dancing, fabulous frocks and enough tea to sink a ship, The Importance of Being Earnest is a “laugh out loud riot” where anything that could go wrong, will go wrong!