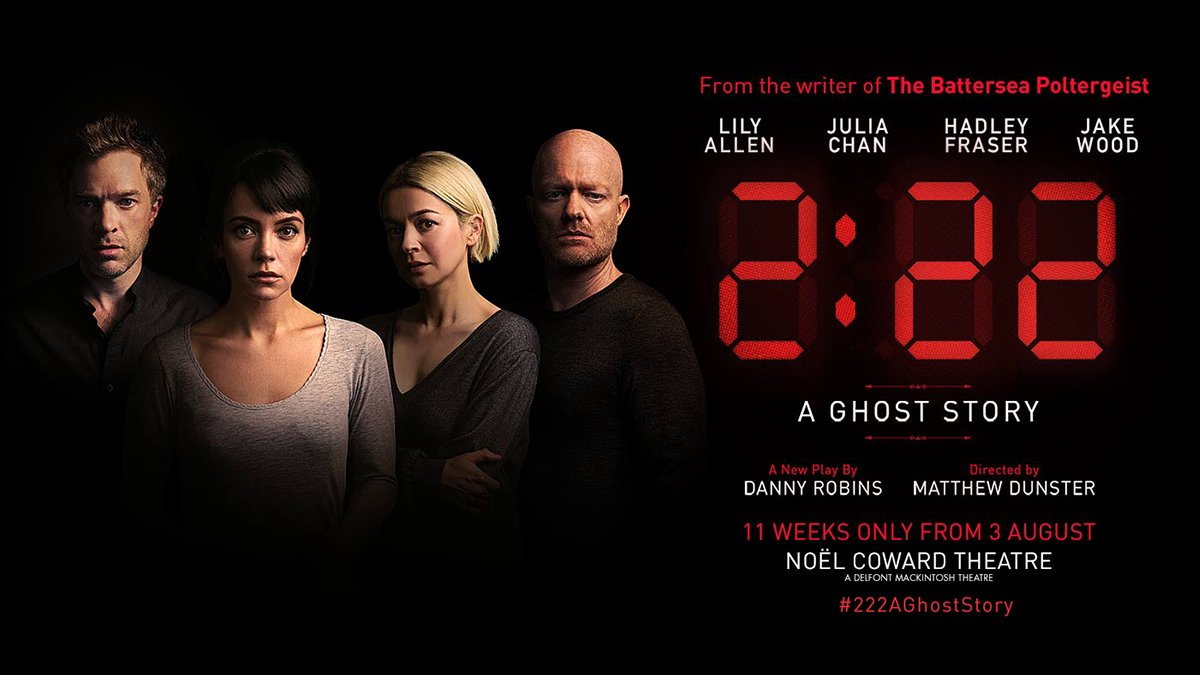 The world premiere of Danny Robins’ new play 2:22 – A Ghost Story is coming to the West End’s Noël Coward Theatre this August, it has been announced.

The production will feature Lily Allen, Julia Chan, Hadley Fraser, and Jake Wood and will be directed by Matthew Dunster.

Danny Robins is best known for his hugely successful podcast The Battersea Poltergeist which is being made into a TV series. 2:22 – A Ghost Story is his debut play in the West End. Olivier Award-nominated director Matthew Dunster received universal acclaim for his productions of Martin McDonagh’s A Very Very Very Dark Matter and Hangmen and Sam Shepard’s True West.

2:22 – A Ghost Story is produced by Tristan Baker and Charlie Parsons for Runaway Entertainment, Isobel David and Kater Gordon.